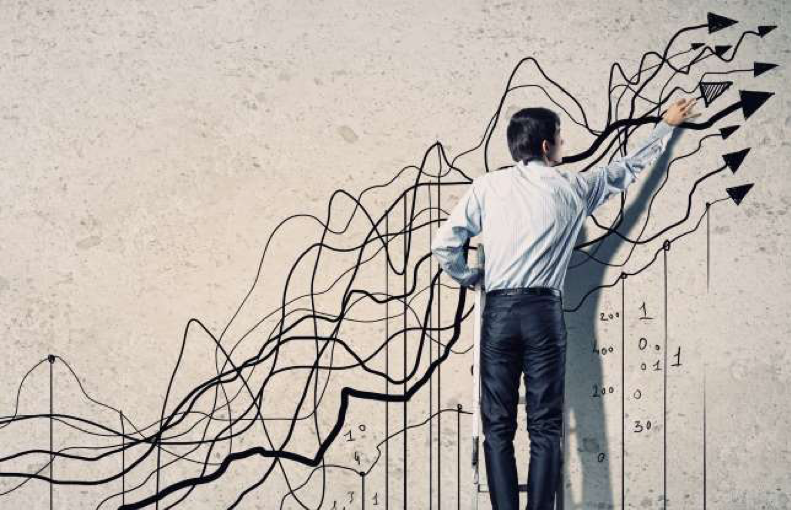 That creates a breathtaking investment opportunity
in this groundbreaking new fintech

Much of the world is totally unaware that North Americans now carry the highest consumer debt load of any time in history. Borrowing has skyrocketed to the point where, for example, the average Canadian carries debt balances 178% of income. To put that in perspective…consumer debt in Canada has doubled in a single generation…and continues to grow at around 9% annually!

For years, North American banks have doled out trillions to credit hungry consumers. It has been a take-it-or-leave-it scenario for consumers as bankers raked in billions through a near monopolistic control of individual creditworthiness. Borrowers have had virtually no control over their financial destinies…and that’s been especially true for borrowers who found themselves tossed in waters too deep to manage. Lenders once eager to hand them loans now lament that “high debt levels may leave North American families more vulnerable to large economic shocks” such as a job loss or financial setback outside their control.[1]

In Canada this is exactly how the credit game works and it’s all played from arcane rules refereed by two credit-reporting agencies; Trans Union and Equifax. These are the “go to” information brokers that lenders use to manipulate every Canadian’s financial buoyancy. Most borrowers have no clue how this system works other than they either row the boat or get tossed overboard!

Now, the rules are being reversed for the benefit of the consumer. Instead of being subjugated by banking, Canadian consumers can now take charge of their creditworthiness through unique, credit management solutions.

An opportunity to act on swiftly!

If you’ve been watching, you’ve already noticed that start-up fintech companies have been among the very best, most profitable equities on the market today.  You’ve probably also noticed that 3 of the five top global banks are getting in on the action.  VC investments in fintech more than doubled last year, and even greater gains are projected.

New to the scene, fintech already has a remarkable amount of money flowing through it – with the sector’s top 22 unicorns valued at $77 billion.

In just a few short years, these dramatically different financial services companies have upended traditional banking. Their unique technologies have soared in demand…and many early investors made fortunes.

The track records are stunning and most have been funded by massive inflows of cash from well-connected financiers.

In a February 2019 article, Forbes magazine reported that,

“…overall investment in fintech surged in 2018, hitting $55 billion worldwide, double the year before, Accenture reports. Big fintechs are getting bigger—19 of the 2019 Fintech 50 are valued at $1 billion or more.”[2] [Emphasis added.]

Lending and payments categories have been leaders in fintech growth. Unfortunately for most individual investors, the door to entry level has been closed. Big investors gobble up early positions in anticipation of a killing made through an IPO.

One exception to the big money funding has been the publicly trading lender, GoEasy. This alternative financial company based in Mississauga, Ontario operates two lending platforms, “EasyFinancial”, which offers high-interest loans to subprime borrowers and “EasyHome”, which finances furniture and durable goods on a rent-to-own basis. Had you been lucky enough to grab GoEasy shares in mid-2002, you would have been loading up around 40¢ a share. Today, those trade around $54/share, a breathtaking leap in value 135-times the original!

Even if you only got in recently, GoEasy shares have nearly quadrupled in the last three years, rocketing from around $15.50/share to current $54+ levels.

Fintech companies have radically and permanently altered the banking and finance industry.

The current growth trajectory in fintech exposes dramatic consumer moves to non-traditional and online banking. Some sectors of this broad market have logged explosive growth, particularly in North America where consumers are rapidly adopting fintech opportunities.

The entire industry is driving enormous wealth into investors’ portfolios!

Forbes reported earlier this year that serious investment money is pouring into all sectors of fintech and the fastest growth has been in payments companies. From 2017 to 2018[3] investors pushed industry growth by 50%, committing $12 billion in array of companies serving highly specialized financial services niches.

A major Canadian Accounting firm, MNP LLP, reported that nearly half of Canadians are on the brink of financial insolvency; struggling to make ends meet at month’s end.

That ‘s a nearly $1 trillion market that no one else is touching!

As this gains traction…and it’s gaining fast…you’re presented with an ideal entry to a ground-floor position in a sector that is just beginning to ramp up.

Canadians are being pinched hard and it only takes one life setback…a divorce, job loss, illness, etc. to send a stressed household into a credit crisis. Circumstances are made worse as the Canadian Central Bank tightens lending and raises qualifying requirements for home mortgages. Enter the “Consumer Proposal”…a cure that can be as bad as the disease!

Faced with irresolvable debts, the credit-stressed consumer has little choice but to turn to a “Consumer Proposal”. In a nutshell, a Consumer Proposal is a unique Canadian program that allows a consumer to restructure debt and avoid outright bankruptcy.

It can be a life saver, but it comes with a huge disadvantage. A Consumer Proposal kicks off eight years of financial hell! Right out of the blocks the consumer gets slammed with a terrible credit score, virtually no access to future lending, and no prospect for improving creditworthiness for half a decade.

Keep in mind that many Canadians turn to a Consumer Proposal through no fault of their own. They were responsible and creditworthy citizens with excellent credit scores, but a setback in life left them unable to meet their obligations. A Consumer Proposal sets up a payoff plan that can extend up to five years. But it also hits their credit report hard! Their score immediately plummets and remains that way for up to five years!

Except for high credit payday loans that charge stratospheric interest rates, their ability to finance anything simply vanishes. Nothing they do changes that. Even on-time payments to satisfy the Proposal do nothing to improve their score.

Not everyone facing financial hardship is a slacker. Most are hard-working, responsible people who through no fault of their own got hammered by an unexpected life event.

The loss of a job or an income producing spouse. A serious illness. A significant casualty loss not covered by insurance. Any number of events can trigger irreversible setbacks.

Here’s a recap of the key points driving this burgeoning sector:

What to do next…

This is a rapidly developing story that deserves your immediate attention.

To learn more about the growing Canadian consumer credit market crisis and the drawbacks of the “Consumer Proposal” that make the fintech sector surge, sign up for our email alerts.

*Past performance is not a predictor of future results. All investing involves risk of loss and individual investments may vary. The examples provided may not be representative of typical results. Your capital is at risk when you invest – you can lose some or all of your money. Never risk more than you can afford to lose.By submitting your information you agree to the terms of our Privacy Policy • Cancel Newsletter Any Time.This is a FREE service from Vanadium Report. Signing up for our FREE daily e-letter also entitles you to receive this report. We will NOT share your email address with anyone.