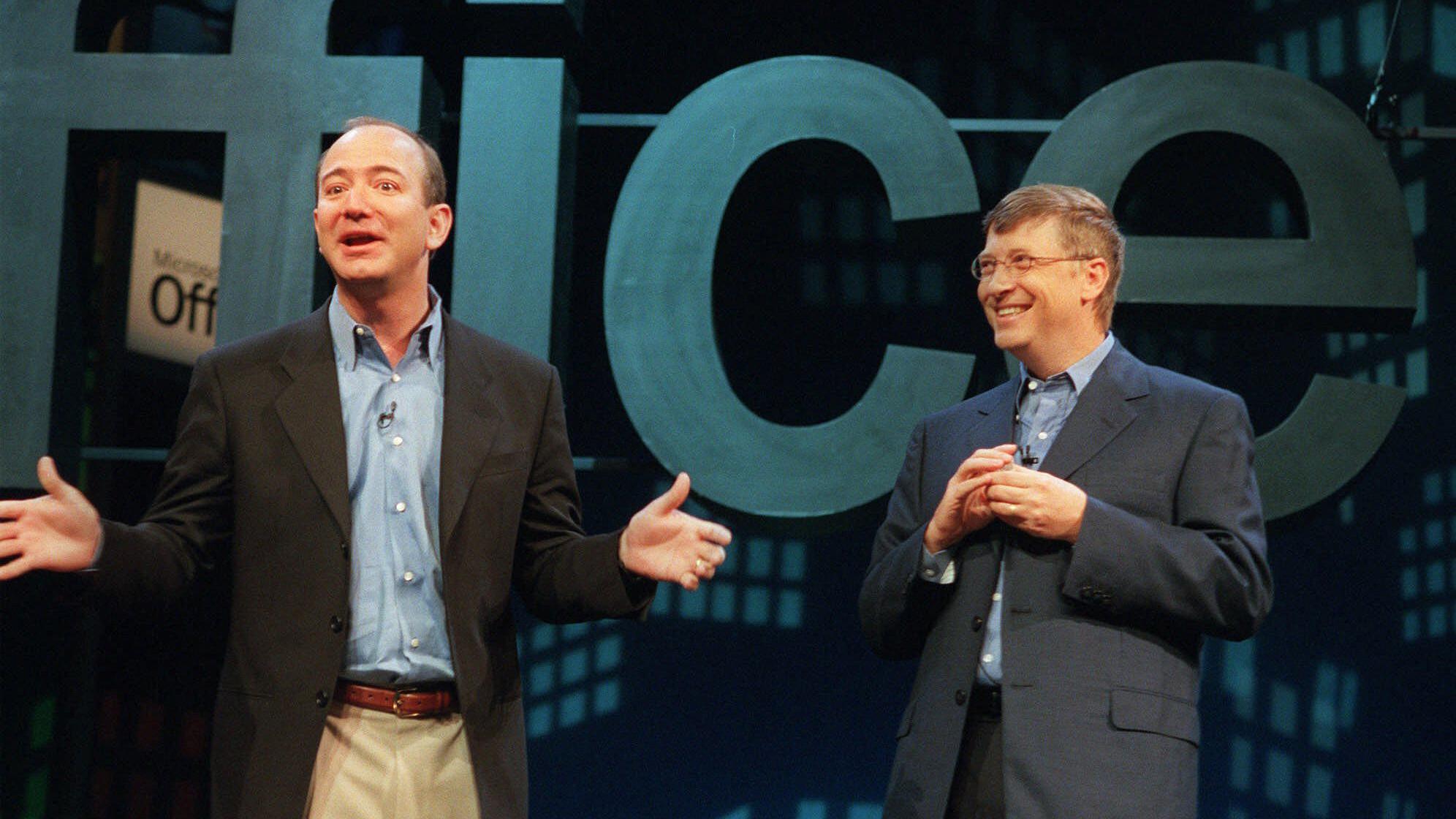 The birth of a truly disruptive technology has exposed dangerously low supply of what is now one of world’s most critical minerals… vanadium.

News of vanadium’s shortage driving a sensational price spike, 596% in since January 2016, has been a closely held among mining insiders.

Follow the Smart Money While the Opportunity Is At Its Peak

That’s because they knew only a handful of companies are ready to capitalize on the unstoppable new disruptive trend.

Because of that, vanadium’s price per ton is forecast to continue soaring.

Demand for vanadium tripled in the last 18 months. Now, it’s forecast to double again this year – and will keep growing like that for years to come.

It’s nothing less than the birth of a band new industry.

The biggest demand for vanadium is domestic which could lead to the U.S.A.  becoming vanadium’s dominant market. Because of that, vanadium miners such as Denison Mines (NYSE:DNN), American Battery Metals  (CSE:ABC, OTC: FDVXF), and Energy Fuels (NYSE: UUUU and TSX:EFR) could be investor’s top commodities move for 2019. Technology Made U-Turn, and Vanadium Is What Happens Next for Fortune-Ready Investors

Now is the time to look forward and focus on a mineral that has suddenly become important – vanadium.

As you’re about to see, vanadium forms the core of giant batteries that store energy created by solar, and wind power.

Most investors are aware that minerals, such lithium, are used at the core of batteries.

But, the lithium boom is over. Investors are on the wrong road if they’re looking for major gains from lithium and cobalt stocks.

Because lithium is so plentiful the days of massive profits on it are long gone.

Besides that, lithium is all batteries for electric vehicles, and everyone’s figured that out. Every major automaker in the world is transitioning to EV’s – so you know they’re not even a little worried about supplies.

That’s why investors with a taste for commodities need to shift focus to vanadium.

Because it’s a now critical mineral and fortunes could be made by people who latch on to it now.

Visionaries like Bill Gates and Jeff Bezos are already taking their stakes in Flow batteries, which vanadium is at the heart of. American Battery Metals, is in an advantageous position because its Temple Mountain, Utah, USA, mining site positions it to be a potentially huge player in the race to supply find and supply vanadium to North American battery makers.

Because of that, he placed vanadium on the U.S.’s list of “Critical Minerals.”[i]

Those are defined as minerals (other than fuels) that:

Vanadium made this list because most of it is mined in China, Russia, South Africa, and Brazil.

That’s why American Battery Metals is stepping forward as the one company that the Flow battery industry with a reliable supply of U.S.-mind vanadium.

It won’t be the first time Temple Mountain made technology news.

Nobel Prize Winner, Madame Marie Curie, got her first samples of uranium from Temple Mountain. The samples that led to her discovery of radium.

This is where American Battery Metals now has the option to take 100% ownership on 52 lodes.

American Battery Metals’ prospective stake in Emery County, Utah, lies on land owned by the U.S. government. Under Trump’s orders the company should have little problem getting a significant mining operation up and running.

This 1,074-acre tract was actively mined before World War II. Past mineral reports showed vanadium values as high as 4.97%, which is considered superb.

And, a strong supply of domestic vanadium could be music to Bill Gates’ and Jeff Bezos’ ears.

Gates and Bezos aren’t just rich techies. They are the world’s most successful CEOs and businessmen.

They know exactly what the Flow battery means to the world’s top companies, major utilities, and entire countries.

The Flow battery is a cutting-edge design for energy storage. But it’s well beyond theory.

That’s why this is the perfect moment to invest in companies that supply the one thing it must have to succeed – vanadium.

Flow batteries are already proving their worth on remote islands, in harsh deserts, in frozen subarctic outposts, and near busy, industrial urban centers. Research & Markets predicts Flow batteries will be a billion-dollar industry by 2023. It’s expanding 32.7% a year now. There’s nothing else like it going on in alt fuels today.

That means three fortunate companies – Denison, American Battery Metals, and Energy Fuels–will be the winners here. But one of them is especially timely for investors.

This is a mega-trend that changes everything about the vanadium market.

New Vanadium Demand So Strong, It is Reshaping the Mining, Energy, and Metals Industries

Because until now the only major use for vanadium was to improve the strength of steel.

But steel only needs a little of it. Vanadium is so effective as an alloy that metallurgists only have to toss two pounds of it a ton of molten steel to double its strength.

That’s why there was no reason for the world to mine more than 1,000 tons per year until now.

In fact, many vanadium mines closed down to make way for uranium.

But now everything changes. Because the breakthrough Flow batteries are huge. Warehouse size!

Even a “small” one is the size of a garage.

Not only are these storage batteries huge, but demand is also soaring. According to U.S. Energy Storage Monitor, energy storage demand will grow tenfold in the next five years.

But only the Flow battery addresses the critical corner of that industry the future depends on … energy storage.

This is the technology that is set to change local solar and wind generation from community-scale to state- and region-wide transmission. It will allow storage in places where everything else is a problem because temperature extremes don’t matter.

Long idles are no problem at all.

And unlike lithium, cobalt, and every other rechargeable storage technology, the Flow battery goes on, and on, and on. When Li-ion batteries drop dead, the Flow has years of life in it.

So imagine this “pizza pie” flipped around. The tons of vanadium flowing to the steel industry today will be a minor slice of the vanadium market in 2025. That’s why vanadium use is set to grow 31X higher within 10 years!

Industry watcher Vanadiumprice.com foresees a 3,100% surge in demand, which would send vanadium prices soaring and shares of companies like American Battery Metals soaring.

And this is one trend you can count on. It’s practically competition free.

That’s because it solves problems that the lithium-ion and cobalt batteries used in electric vehicles and small storage plants can’t handle.

Not only that, the world is rapidly embracing alternative energy and only the vanadium-based Flow battery is technologically ready to solve the one thing that is preventing solar, wind or other systems from reaching massive scale…. The “peak flow” problem.

How Vanadium Could Rescue Hawaii and California

Hawaii is paradise. Its unspoiled by coal mines or oil wells.

Which means energy costs are three times as high as mainland US prices. It’s why 10% of homeowners there have installed solar panels.

But even with plentiful wind and sunlight, Hawaii still has a major problem.

It’s the same problem in California.

Solar energy generation revs up between 1 pm and 4 – but peak usage occurs later. In the late afternoon and evening.

So the generation has to be stored for use later.  Plus there’s the problem of cloudy days.

And it’s not easy to store massive amounts of energy on a utility-scale.  Most solar operations only serve  a few households or a community.

Sunlight’s not the only problem. Solar also generates energy at a low voltage. But our utility grids are designed for flows from high to low voltage. Not from low to high. Wind and solar energy is low voltage.

These technical problems are why Hawaii still depends on boatloads of diesel fuel to keep generators running.

The Flow battery changes everything. Unlike Li-ion batteries and others made to run cars, the Flow can be built on massive scales. Suitable for utilities, cities, and major industrial centers.

This Trend is Just Starting

And if California were a country, it would join that list as the world’s fifth largest economy.

None of this can happen until the energy storage puzzle is solved.

There are numerous possibilities, but only one standout—vanadium-based Flow battery technology

The advantages are clear. It all adds up to

5 Reasons Vanadium Should Be on Your Radar Now

Made in the USA – US demand for vanadium is outpacing every other country. That’s why the rare all-American Temple Mountain property is so appealing.

100% Rights with Royalties – When American Battery Metals closes the pending deal for 52 vanadium lodes, it owns mining rights to 98% of the project. And that means its shareholders max out their potential.

Vanadium-Rich Country – Temple Mountain is uranium country, which means vanadium is likely there too. But we already know that because historic reports show rich reservoirs of vanadium up to 4.7%!

Growth Tops Everything – the EV car battery boondoggle is over. The need for cheap, efficient, and safe energy storage is the next critical hurdle in the world’s transition to renewable energy. And in that market, Flow batteries should meet or exceed 3,100% in the next 10 years.

Position Yourself for the New Vanadium Surge Today!

Most Main Street investors have yet to catch on to the vanadium trend, or the huge disruptive technology it will support – Flow batteries.

The disruption will be huge. It will mean the end of coal power energy. Combined with electric vehicles Flow batteries are the beginning of the end of the oil and gas industry.

Because Flow batteries are forever, and they are cleaner than gas powered electric generation plants.

Moreover, very few analysts today follow the fast expanding vanadium-based Flow battery market. That’s despite the fact that it’s forecast to grow 3,100% over the next 10 years. That’s an average 300%-plus growth through 2029.

This makes now the time for investors to move into in Vanadium.<strong> </strong>Doing that today could position them to be among the vanadium exp

This report is for information purposes only, and is neither a solicitation or recommendation to buy nor an offer to sell securities. Vanadium Report is not a registered investment advisor. Vanadium Report is not a broker-dealer. Information, opinions and analysis contained herein are based on sources believed to be reliable, but no representation, expressed or implied, is made as to its accuracy, completeness or correctness. The opinions contained herein reflect our current judgment and are subject to change without notice. Vanadium Report accepts no liability for any losses arising from an investor’s reliance on the use of this material. Vanadium Report has been hired by American Battery Metals to perform an investor awareness program on (CSE: ABC) and has been contracted to receive $125,000 per month. Vanadium Report and its affiliates or officers will buy and sell shares of common stock of (CSE: ABC), in the open market at any time without notice. The principals of Vanadium Report previously participated in the IPO of American Battery Metals and currently hold 200,000 (two hundred thousand) shares of the company’s common stock (CSE: ABC) Certain information included herein is forward-looking within the context of the Private Securities Litigation Reform Act of 1995, including, but not limited to, statements concerning manufacturing, marketing, growth, and expansion. The words “may”, “would,” “will,” “expect,” “estimate,” “anticipate,” “believe,” “intend,” ” project,” and similar expressions and variations thereof are intended to identify for ward-looking statements. Such forward- looking information involves important risks and uncertainties that could affect actual results and cause them to differ materially from expectations expressed herein. *Vanadium Report does not set price targets on securities. Never invest into stocks discussed on this web site or in this email alert unless you can afford to lose your entire investment.